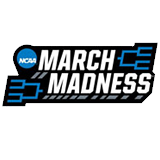 Ever since November of 2018, sportsbooks have opened all over Pennsylvania. Now, these sportsbooks are hoping that Mach Madness will surpass the first legal Super Bowl bets that they had.

The sports betting handle in February for Pennsylvania took a small dip when compared to January. According to figures released by the Pennsylvania Gaming Control Board, the total handle across all sportsbooks was $32 million in January. February had a $31.5 million handle which leads the state to collect $700,000 in local and state tax revenue.

Although the Super Bowl happened in February, sportsbooks suffered a small loss in handle compared to previous the previous month. But that was expected to happen. The Super Bowl is when football season ends and a lot more football is played during January thanks to the playoffs.

March Madness is the most popular event for bettors to wager on. The American Gaming Association (AGA) predicts that bettors will wager over $8.5 billion during March Madness this year. That is double the amount that was predicted to be wagered on the Super Bowl.

The most popular method that people will wager on March Madness is through brackets. The AGA predicts that about 40 million people will take part in some sort of bracket during March Madness.

When you compare the two numbers, they are actually not too far away from each other. The gap has decreased dramatically ever since states have legalized sports betting. Right now, there are only eight states that have state-licensed sportsbooks. President and chief executive officer at the AGA Bill Miller believe that more states legalizing sports betting will decrease the gap further.

“These results indicate there’s still work to do to eradicate the vast illegal sports betting market in this country, and we’re committed to ensuring sound policies are in place to protect consumers, like the 47 million Americans who will bet on March Madness,” said Miller.

Casinos are seeing more revenue come in through other services they provide thanks to sports betting in Pennsylvania. Rivers Casino vice president of gaming Andre Barnebei said that food and beverage sales have increased thanks to sports betting. That is because patrons come in early to make place their bets and they stay for the whole length of the games they wager on.

Revenue all over the casino is predicted to receive a large increase thanks to March Madness. As the tournament approaches, the casinos are preparing for the crowd by offering sales on tables and seats in the sportsbook so guest can secure a spot for themselves.